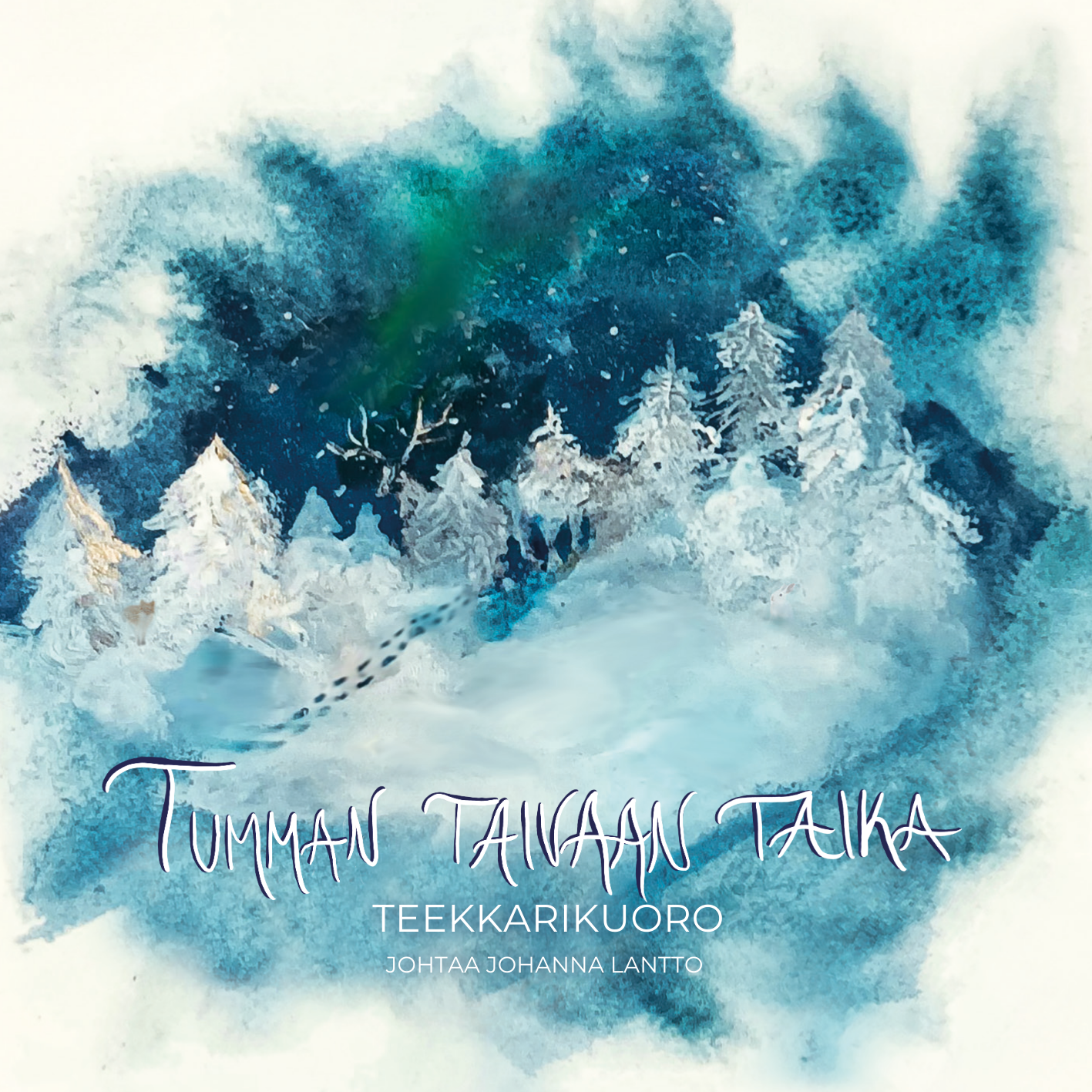 Finnish Yule is a combination of the magic and atmosphere of the dark arctic winter, the light of the sparkling snow and candles, shining hope to the people huddling together. With these themes in mind we set off to plan a Christmas album where we wanted to combine both traditional Christmas songs and new choral music.

The Tumman taivaan taika album contains multiple previously unpublished pieces. Our choir’s house composer, an alumnus of the choir Elina Majuri composed two new songs for the album. The titular song Tumman taivaan taika is based on a text written by Katariina Lanttoand the lyrics of Jouluyö are a poem written by Immi Hellén in 1916.

Composer and choir conductor Sabrina Ljungberg's cheerful Tule armas joulu! is based on an 1870's poem by Sakari Topelius. The mysterious Metsien joulu was arranged for Teekkarikuoro by composer Virpi Eroma. Familiar Yuletide carols are performed on the album in both traditional versions and refreshing new arrangements.

We wish you enjoyable moments with our music!

The song list and more information about the CD.

If you want the CD for the Christmas of 2022, order it on Sunday 18th of December at the latest!